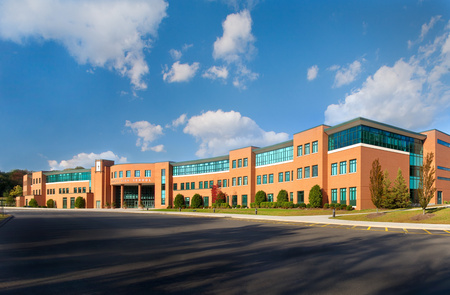 What's on your mind?

Hello, and welcome back to Panorama! I've decided to break down my new ideas for this wiki for you all, and it does mean revising some of my old ones. To start off, there's an extraterrestrial war going on, and it's over the fate of Earth. The planets involved are as follows:

This war has been going on longer than humanity has been around for, and its reaching its peak in 2016. Why? Because each side is lacking refugees, but they all know where to turn to: the four high schools in Lancaster, South Carolina.

The first planet to take action, Prime, has already "recruited" three students of Panorama High School: Lucy Ball, Kaleb Tisdale, and Ami Foster. Recruiting meaning killing them, and reviving their consciousnesses as, you guessed it, Primions. The trio will have new Primion bodies, which means we'll need to select new models for them.

Now, Kaleb, Lucy, and Ami will awaken in their new Primion bodies inside the Primion Throne Room, unable to recognize each other until they say their names. They'll hear footsteps and hide, as Nikole Sommer enters the Throne Room. She'll order them to reveal themselves, as she knows they are hiding, and warns them to do as she says, if they wish to live. Lucy, Ami, and Kaleb regretfully listen to her, as the Primion Queen, Adella Pralix, comes into the room. Nikole forces the trio to bow to the Queen, who explains they are needed to help aid Prime in the war against the other three planets. From there, I'll figure it out.

Not satisfied quite yet? Dying to know more? Don't worry, because more is coming. ;)

Hey, guys! How is everyone? I've been enjoying my weekend at the moment, and I'm relieved to say we're in a good place in terms of the plot of this wiki!

I'm making this forum to confirm some key plot points, regarding the android students, Bear Mountain's role in the story, and....aliens?! Yes indeed! These ideas have all been inspired by Variant, SOMA, and Strawberry Cream1928's original series on Wattpad, Glitches. (Which you all should check out, because it's really good.)

First of all, the androids. They are, in the words of my good friend Mira, 'creations of people that wouldn't have existed otherwise'. They were all made by David, in order to spy on the students, specifically our main characters, to make sure they don't cause any trouble. Their leader is Theo, who is different from the rest of them, and has been programmed to keep Rose, Walter, Whitney and Scott in line. I'm currently taking requests for androids, so if you have any, send them in! ;)

This second idea wasn't made by me, it is from the amazing Jordyn. Melissa, the Principal of Bear Mountain, wants to stop David and the easiest way would be to get him in jail. The only problem is that she has no proof. David obviously keeps this under tight wraps, and so even though she knows about what he's doing, she can't prove that to the Police. So, Melissa assembles a small group of trusted students from Bear Mountain to pretty much go undercover and collect evidence against him, in hopes of getting his operation of sorts shut down. Personally, I'm all for this idea, and I want to know: do you guys feel the same way?

Lastly, we all know by now that the students of Panorama have been lied to. But just how many lies have they been given? And what if, for some of them, their entire lives were a big lie?

But I'll leave you to theorize over that one. Let me know what you think about these new additions to Panorama! Are you looking forward to the school being taken over by androids?

What's up, guys? So, seeing as we are currently developing characters for Bear Mountain High School, the main rival of Panorama, it's time we discovered more about the two school's relationship. :)

Bear Mountain, compared to Panorama, is pretty much exactly the same. They have an equal amount of students and teachers, classes, and homework. But they're completely different. And that's because, Panorama only accepts students they think will work well with their project. All of the rejects attend Bear Mountain, because the principal of Bear Mountain, Melissa Simmons, knows about everything going on at Panorama, and is determined to put a stop to it.

Now, about the Detention scene. If everything goes according to plan, three students will have their consciousnesses stored on jump drives, and they will have "mysteriously disappeared" by the next day. Of course, Whitney will be heartbroken over Ami's death, while Scott will be like: "What did I tell you?" And it's Rose who finds and steals the jump drive stored with Kaleb's consciousness on it. Then, our main four will head to Walter's house, and from there, upload Kaleb's consciousness onto Walter's computer. Kaleb will explain everything to the main four, which makes them more determined than ever to bring Principal Wright down.

Well, that's all for now. Tell me what you think about these ideas! :D

Hello everybody! I will make this quick, since I know you hate advertisements. I am currently hosting audititons for my upcoming series, The Omniscience, and would enjoy some applications! (Or, if you just want to ignore this, that's also fine.) Thanks so much! http://merteens.wikia.com/wiki/User_blog:MermaidatHeart/The_Omniscience_Auditions

(edited by MermaidatHeart)
Hey, guys! So yes, as implied by the title, I have bigger plans for this wiki. So huge, that I don't even know how to start explaining to you! Let's just say, they're based off the popular game, Soma, and the book duology, Variant.

First of all, I've made it very obvious that David Wright is keeping secrets from the students, and even the teachers. But just what is he hiding?

Well, you know that feeling that someone's watching you? Now, that feeling has been made into reality. David's been hiring outside sources to watch each and every one of the students. But why? Because, he wants to save them. Something terrible is coming to Panorama, and it has to do with their rival school. (But I'm keeping info about the rival school classified for now.) So, he's been sending students to dention, to upload scans of their brains onto jump drives and keeping their intelligence trapped inside a giant computer. The very first victim of this was named Genesis Somerhalder, and everyone at school knows about how he disappeared. Some people say it was suicide, while others say he ran away, but nobody suspects Principal Wright except for our main four characters, one from each clique.

That's all for now! Let me know what you guys think of this idea down below! :D